Under popular demand from many friends and others, I am finally doing this guide for anyone who are first-timers, frequent travellers or plan to live in Japan. I have divided this into three sections: First-time Visitors, Regular Travellers and Living in Tokyo. It is your choice to mix and match to your destinations likings.

Please understand that this is from a POV for a London citizen. I have written each section in mainly English but will add Japanese to sections later especially for restauarant and sightseeing places.

How long should I stay in Japan?

First-Timers – 2 weeks maximum especially if you are only interested in a few cultural aspects and to visit a few cities. 1 week for basic sightseeing in a big city like Tokyo.
Frequent Travellers – 3 weeks – 2 months. At least a city or town in three regions. 2 months if you want to see more places and friends.
Living in Tokyo – 1-2 years is good if you have never left home and are just beginning to do working holiday or study abroad.

When’s the cheapest and best time to go?

Firstly, buy your flights From early January and early September until the end of those months as the sales will expire as soon as possible. Direct flights only to Tokyo and Fukuoka. Osaka and Fukuoka is always one stop flights.

Well, the cheapest time to go is May and September. In May, flights to Tokyo will be around £600 with British Airways. Other than that, it’s Japan Airlines for around £700+. For Osaka, cheapest is Cathay Pacific around £500 and for Fukuoka try Asiana Airlines and Korean Air for around £500-£600. I would rather go back during these times than the best times. September is the end of typhoon season so you have to be careful.

Best time to go is undoubtedly end of March/ early April and October/November. Of course end of March/early April for the Sakura season but depending on where you go to and depending on the trees that bloom, you may or may not be able to view it in full bloom for Hanami. October/November is still quite warm (23° average) and a cheap time. Halloween events in Namba, Osaka and Shibuya, Tokyo are quite popular as well.

When should I go for Sakura/Hanami season?

Around mid to late January, there are announcement sites about when it is predicted for the best time to go view the full bloom. You should be in Japan around late March to early April for sakura viewing for the perfect spots. There is usually a selection of food and drinks that are Sakura themed too.

When’s the best time to look for jobs?

(Living in Tokyo) January/February is the best time for the approaching school year (March/April) for you to move to Japan. There are also a lot of graduate opportunities. You may also want to consider August/September while in Japan for the same jobs or if you are abroad, start preparing for JLPT applications in October.

Should I buy a IC Card or JR Rail Pass?

JR Rail Pass for First-Timers, then if you are a Frequent Traveller, I would say get both especially if you are exploring cities more.

IC Card is very convenient for metro/tube/underground train in every major city. I have used mine in Kansai, Kyushu and Kanto only. Purchase like you would at any city in the world from the metro station machines and pay ¥500 to get your IC Card then top up whenever you want.

JR Rail Pass is something I highly recommend for people who have never been to Japan because if you go to one of the most popular cities e.g Tokyo to Kyoto, instead of paying approximately ¥14,000 (£95) one-way, you could pay about ¥28000 (£203) for one week. The price of JR Rail Pass does go up every year so please check the link below for updated prices.

How should my manners be in Japan?

– Don’t be a hot mess (e.g. shouting, starting a fight or be an uncultured swine)
– Following don’t be an uncultured swine, read up on basic mannerisms and cultural things about Japan.
– Don’t spit on the streets even if you see old men do it.
– Japanese people are socially awkward (because of the culture) so be a bit of wary of being outspoken, vulgar and too honest.
– While drinking, don’t be white girl drunk in the streets. Police will get involved.
– Avoid talking on the phone in public transport (Shinkansens have people to take calls in the spaces before passenger cars).
– Don’t act kawaii and be an anime character. You’ll embarrass yourself, they just won’t tell you to your face.

Will I see the same things from the media in Japan?

You can read this to crush some of your hopes, dreams and expectations of Japan if you are expecting things from anime and manga to happen to you. Other than that, the setting is accurate to what you see in dramas, anime etc. however the people and other aspects will differ.

How much spending money do I need to bring?

In regards to sticking to a daily budget if you don’t understand the currency.
First-Timers – £600 including eating out
Frequent Travellers – £800 – £1000 including eating out and sightseeing places
Living in Tokyo – £2000 – £5000 (for at least two months of living and travelling before you start working)

First-Timers and Frequent Travellers – Hotel for definite. I’m not sure about Airbnb as a tourist.
Living in Tokyo – It is best to stay in a clean sharedhouse, GG House is not too bad. Avoid World Unite! Shiohama House if you were recommended to them. If you have a host family, you can save a bit of money but I think if you are financially alright then an apartment for yourself would be best. English teaching jobs should provide you with accommodation before arrival.

Do I need to speak Japanese?

Yes in my opinion. If you are in a city, basic greetings and sentences are necessary if they do not provide an English menu or speak English. However I personally believe it is not as English friendly as Taiwan. Look for ℹ or 🛈 on information counters or a police station if you are lost or need help. Please speak slowly in English (but not slowly and stupidly like how the media portrays people to do) so people can understand.

The more out of the major cities you go e.g. rural areas and small towns, the more Japanese you’ll have to speak. If you speak Japanese, they get a sense of “you sound like you’re learning the language well, so I won’t speak English at all to you.”

Where can I eat cheap?

There is actually a range of places in my opinion that you can find. Please check below:

Vegan, I’m not sure sorry. For vegetarian, I did write an article below that has a recommendation of places to go to. I am constantly asked about a non-pork ramen but an alternative is chicken broth and I’ll find out specific places soon.

Can I eat and walk?

– Unless it’s ice-cream, no. So either eat it there (at the conbini or restaurant etc.) or wait until you get to your hotel/home.
– Children are an exception (under 5 years old I think).
– Another exception is if you are at a festival or market but I recommend to copy other locals and see what they do.

Where do you recommend to go fashion shopping?

I can only recommend for women so please bare with me. But please read the advice I’m going to provide you below:
– Firstly, try before you buy always. Refund is possible but I have never seen anyone do it, nor myself. I have only exchanged with receipt.
– M and One Size is the standard size which equals to a UK Size 10/12. L would be about 12/14. I rarely see XL (16) in the stores I shopped at (except PUNYUS, they cater to bigger clothes).
– For casual Japanese brands worldwide, try GU, Uniqlo or しまむら. They will have bigger sizes. Also try and find stretchy material products with cotton and polyester in the clothes you buy.

How bad is tax in Japan? e.g. Food, Clothes

It’s horrible. Places such as Daiso which are supposed to be ¥100 are actually ¥116. For example, I bought a dress from Cecil McBee and it was labelled ¥6900 but it was actually estimated ¥7452. It’ll happen not only with fashion brands and ¥100 places, but also food in restaurants. I have been told by American friends, it is not as bad as America though. However sightseeing places are alright at the moment.

Where should I go clubbing?

I can only recommend you three places that I have been to and the other place has been highly recommended by friends. 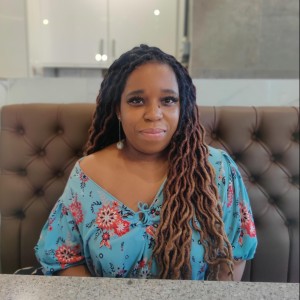 Hi, this is Nyasha introducing you to one part of my life that I am passionate about - spicy dishes. ナイアシャだよ。このサイトは私が好きなもの - 辛い食べ物。이 사이트는 내가 좋아하는 것 - 매운 음식.

Latest on the Menu